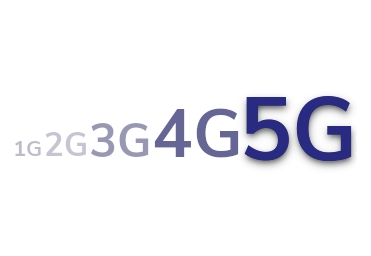 The 5G technology is the successor of earlier generations of mobile technology, i.e.:

In time, it will be possible to deploy 5G in the same frequency bands used for the existing 3G and 4G networks. In accordance with the principle of technological neutrality (imposed by the European Directives), the operators having obtained user rights in a given frequency band are free to decide which technology (2G, 3G, 4G or 5G) they use in that band.

However, Europe has identified 3 “pioneer bands” that will be used for 5G all over the EU. This means that 5G equipment can be manufactured that operates on the same frequencies anywhere in Europe. The following frequency bands are concerned:

In addition to those pioneer bands, the 1400 MHz band is also proposed for 5G. It offers more download capacity (SDL).

As the regulator of the electronic communications market, the BIPT manages the electromagnetic radio frequency spectrum. In that capacity, the BIPT grants user rights for radio frequencies entirely or partially used for electronic communications services offered to the public. The radio frequencies are distributed in a manner that guarantees they are used as efficiently as possible.
The same goes for the frequency bands that will be used for 5G.

The bill and the Royal Decrees laying down the terms and conditions for obtaining and exercising the 5G user rights in Belgium, were approved by the federal Council of Ministers on 22 January 2021.

For each radio frequency band the reserve price per MHz (minimum entry bid for the auction) has to be laid down in the Telecom Act. Only following ratification of the modified Article 30 of the Telecom Act the necessary implementation orders per radio frequency band can be adopted (by means of a RD), defining the specific requirements per band (for instance: minimum speed, coverage requirements, reserved spectrum, spectrum caps).

Following the publication of the legislation, the BIPT organises a “multiband auction” in order to grant user rights in the following frequency bands:

No auction of user rights in the 26 GHz band has been scheduled: the EU Member States have to approve the use of at least 1 GHz of the 26 GHz frequency band by 31 December 2020 at the latest, provided that there is demand for it. The consultation of the sector by the BIPT showed that there is no market demand for this.

On 14 July 2020, the BIPT granted temporary user rights in the 3600-3800 MHz radio frequency band to the operators Orange, Proximus and Telenet (Cegeka and Entropia initially showed interest as well but they have withdrawn. Through its subsidiary Citymesh, Cegeka already has at its disposal a similar quantity of spectrum in the 3400-3600 MHz frequency band.). This is one of the bands the EU designated as 5G pioneer bands, the user rights for which had to be granted before the end of 2020 according to the European schedule.

Thanks to the temporary user rights these operators can enable the first 5G developments in this frequency band in Belgium. In this regard, operators need to continue to comply with the regional authorities’ rules for the implementation of antennas and the existing radiation standards.
The temporary user rights in this frequency band will only remain valid until their final granting through the auction.

So far, Proximus and Telenet activated 5G in the spectrum for which temporary user rights had been obtained at a limited number of sites.

Pending the 5G auction, the BIPT issues test licences to operators, providers, research facilities, etc. These are limited in time and may not be used for commercial purposes.

The test licences are used to test 5G applications in various frequency bands, but mainly on 700 MHz and 3600 MHz. These are 5G pioneer bands.

5G networks have a less centralised architecture and have more potential access points. In order to ensure the security of 5G networks, a 5G toolbox has been approved at the European level. That toolbox presents all risks found following a coordinated EU assessment and includes technical and strategic measures, as well as corresponding actions in order to guarantee safety.

Each Member State will have to determine for itself and in a coordinated manner which of the measures proposed in the toolbox are the most relevant, and implement these. The BIPT participates in the actual implementation thereof. It suggested solutions to avoid possible risks regarding cybersecurity of 5G networks.

To receive alerts via email, please enter your email address and your interest(s).

BIPT processes these personal data (e-mail address (possibly your name and forename) and interests) in order to send you these messages; your data will no longer be processed and will be deleted if you unsubscribe from this service. Learn more about cookies or the protection of your data.

You will have to confirm your subscription. You can unsubscribe or modify your profile at any time by clicking on the unsubscription link or by contacting us at webmaster@bipt.be.

Enter your email address and your interest(s):